When it comes to fast sports cars we usually think of European models by default and some mods which people make to turn their American or Japanese cars into street racers. However this year I would have to say that American cars seem to be dominating pretty well. If you look at the high horsepower models that Dodge and Chevy have been releasing it gives you a slight jolt of adrenaline to imagine being behind the wheel of one of these beasts. I am just going to mention three awesome sports cars in this article to get you an idea of what kind of powerhouses we are talking about here. Just try not to get too excited, this is only an article after all. 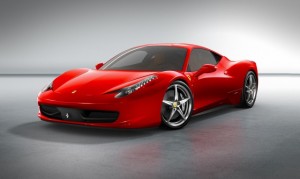 This monster ride is just what I am talking about when I say that Europe has a reputation of some killer street burners. Clocking in at around 201mph this bird of prey will glide past most on the street and it has a body to die for, in fact if this were a woman I would have to call her a bombshell. Built for speed this sucker has 562HP and a 4.5L V 8 Engine, can you beat that in a sports car? Yeah, but expect this to be a smooth ride for a sports car with that fast of speed. You can get this Eurobeast at about $230k which is alright but let’s face it you can beat that with American made cars.  Let’s move on to another road burning sports car and see what’s up there. 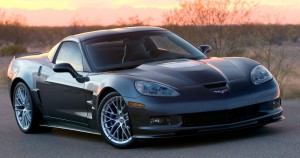 merican model, good ol’ Chevy. If you don’t appreciate American made muscle then you are missing out my friends. These are the kind of power machines that not only get the ladies going crazy but also they can peel out with more style and speed than just about any other car in their price range.  Unlike that Ferrari you can get this Corvette masterpiece for just around $112k and it is actually faster to boot. This fury machine clocked at about 205mph, oh yeah 4mph faster than that Ferrari which cost another hundred grand and some change. The engine is a 638 HP 6.2L V8 Supercharged piston pounding God of war. You want speed? You got it! I gotta tell ya though, I know an even better sports car you might want even more than this. 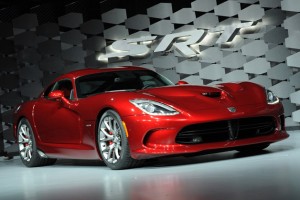 More American pride right here, and you won’t beat this so easy because not only is it American made but it is also faster than both that I mentioned before. Sure there are some faster models out there but you won’t get the speed and style for the price of just about $100k. This sports car masterpiece has an engine that could power a jet, well almost right? Not quite but it is a hulking engine for any car that’s for sure! This engine has 640HP is an 8.4L and a V 10 which is just straight up awesome. It clocks in about 206mph which makes it just a little faster than the corvette and a clear bargain although I would only imagine the gas prices would be pretty high.

Whether you like American, Asian, or European sports cars there are some great models of sports cars in 2013 which make it a great year to buy.

One thought on “Fastest Sports Cars of 2013 Honorable Mentions”